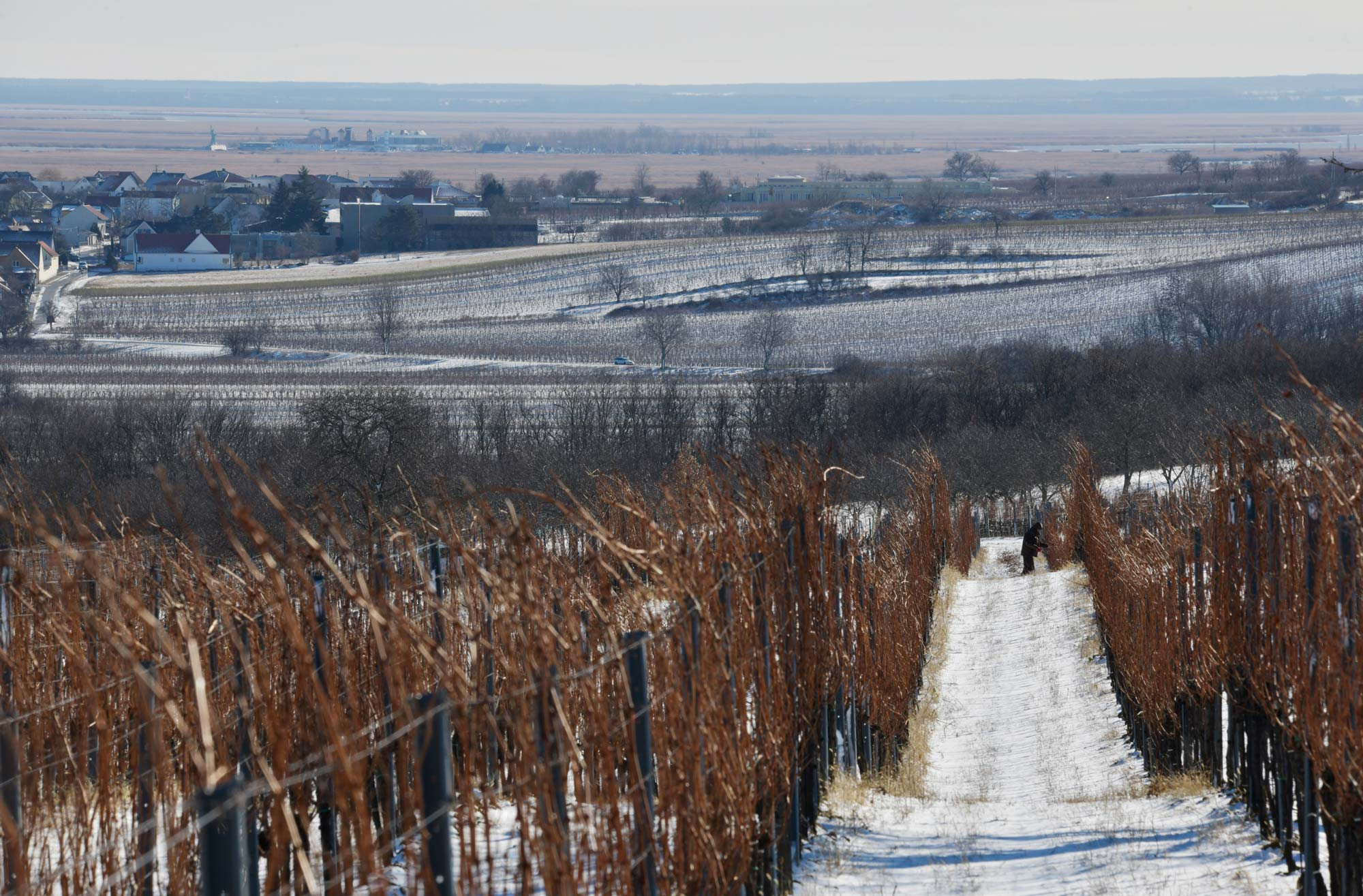 With a total area of 65 hectares, Oberer Wald is the second largest single vineyard in Rust, of which we Triebaumers own and cultivate 1.71 hectares - all of which is planted with Blaufränkisch. The varietal variety  of the entire site also speaks for itself: more than half of it consists of Blaufränkisch vines with the trend still rising. This is even more surprising as 40 varieties can officially be found in Rust.

What does a vineyard have to do with a forest?

Until a few decades ago, the Oberer Wald was still called "Große Maiß", which clearly indicates a large forest with corresponding fauna, such as wild boars. On the old vineyard maps, the Oberer Wald (Upper Forest) together with the Kleiner Wald (Small Forest), popularly known as the "Unterer Wald" (Lower Forest) is actually marked and identified as such.

It was not until the days of the upcoming of refined sugar that the people of Rust, who had gained money and prestige with sweet wines, were forced to contribute to their livelihood with dry white and red wines. This required a massive expansion of the vineyard areas at the expense of tree orchards (Rieglband and Bandkräftn), pastures (Umriss) and forest areas (Oberer Wald and Kleiner Wald). Roughly dated, this development started in the middle of the 18th century.

As far as the soil is concerned, the Oberer Wald can justifiably be called the most chalky Rust site. It consists mainly of chalky sandstone with remnants of shells and corals interspersed with thin, mostly sloping layers of marl. Well drained and very rich in skeletons.

Anyone who takes the trouble, or rather the explicit pleasure, to walk through an Oberer Wald- parcel after a mechanical soil cultivation has been carried out, will certainly find one or two shells or their imprints. Here was once a sandy beach of the ancient Pannon Sea - a fascinating thought! 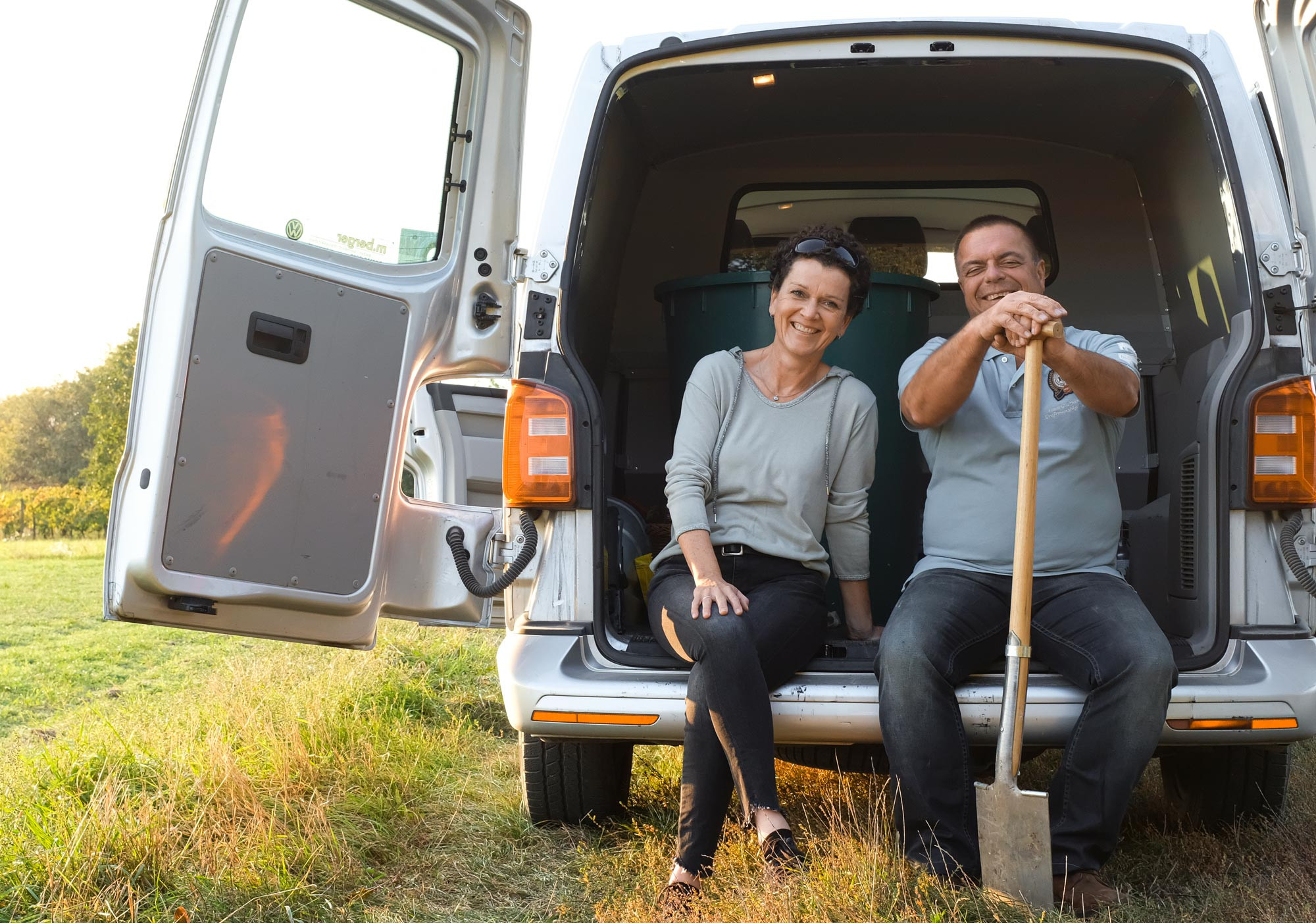 No country more beautiful in this time

Straight as a die, up to 470 metres long and stretching southwards in the direction of the fall over three waves of land, it lies magnificently before the observing eye. The Oberer Wald!

With a low humus layer, this magnificent site literally invites the vines to drive their roots deeper and deeper into the limestone. As the terrain rises, mechanical cultivation becomes increasingly difficult due to the additional slope towards the lake, because sloping in two directions. For this reason, in "Oberer Wald above", the larger of our two plots, there are even individual longitudinal terraces for better tractor accessibility and erosion prevention.

Our 1.71 hectares of Oberer Wald are divided into two individual plots: The "Upper Forest below" (= OWu) with 0.55 hectares and the "Upper Forest above" (OWo) about 150 metres further up, i.e. further west, with a corresponding 1.16 hectares. A classic case of internal vineyard nomenclature.

On the one hand, the hilltop in the north protects the Oberer Wald from cold winds from the main weather side, northwest, and on the other hand, due to the special topography, it is well ventilated by thermal air circulation emanating from the climate regulator, the lake. Between the three hillsides, the humus-rich soil accumulates and thus somewhat balances out the infinite strength and density of the grapes from the afore mentioned limestone "bars". This is called the paradox of the Oberer Wald: meagre and south-facing and yet of cool fruit precision. Just different from what one would expect from the surroundings. It's nice to own something like that!

Where the wild boars used to "maize" - i.e. eat - and wallow, today some of the best Blaufränkisch wines of Burgenland and thus of the world grow. The dead-straight rows clearly speak for a younger site in the Rust vineyard canon, because there are no "Burgundian" curves and bends (see blog post Plachen).

Our cultivation history at Oberen Wald only dates back to 2004, the year we took over the business. At that time, father Paul Triebaumer arranged a land swap in which the Triebaumers exchanged a favourably situated parcel of land in the Umriss site, which is also very much characterised by limestone, for the Obere Wald parcel. A brilliant deal!

In 2007, we acquired the two OWu plots. It should be mentioned here that when the Oberer Wald was divided up about 270 years ago, the plot sizes were quite large by the standards of small farmers at the time, with more than 0.5 hectares each.

In 2005 (OWu) and 2007 (OWu) the plots were replanted. The lower plot was previously planted with Ruländer and Neuburger and had been cleared by the previous owner. In the case of the larger upper plot, the two individual plots had already been a green wasteland for about 20 years with two mighty, but already quite worn heart cherry trees.

Consequently the trees were cut down and dug out. The trunks are stored today still professionally stacked up at the attic of the operating barn and are to be processed some time soon to an impressive living room table. Afterwards we commissioned the master builder of our confidence with the planting of the longitudinal terraces.

As planting material there was of course no alternative to the mother of all our Blaufränkisch plantings: the scions from the good, irreplaceable, old Plachen (see again blog Plachen). Grafted and produced by one of the best nurseries in Europe, the Blaufränkisch vines have been growing towards a great future ever since. 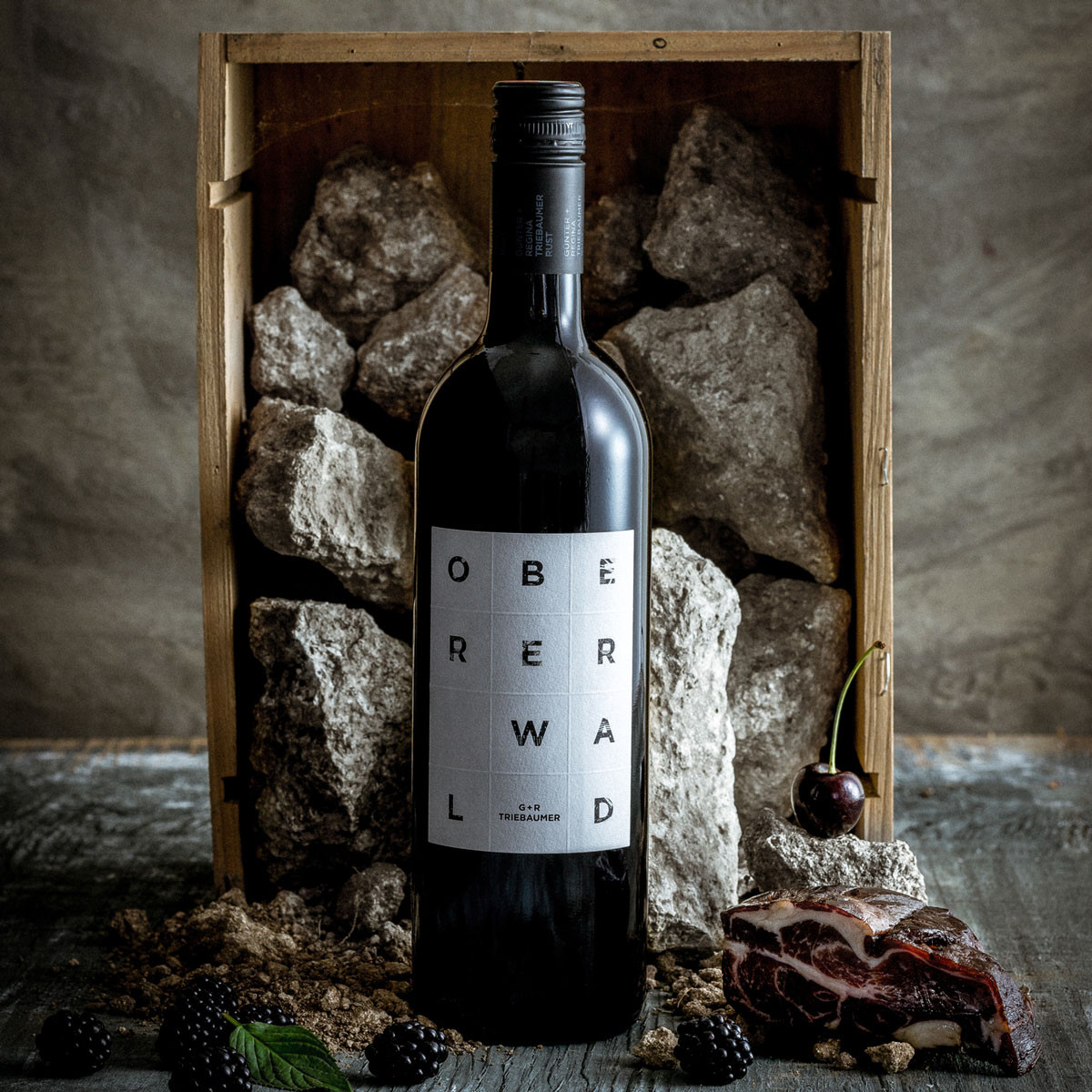 Together with the completely lime-free Plachen (clay on slate weathering) as antagonist and the Blaufränkisch Reserve as a synthesis, the Obere Wald is already a strong exclamation mark for the Rust and particularly Triebaumersche Blaufränkisch personality!