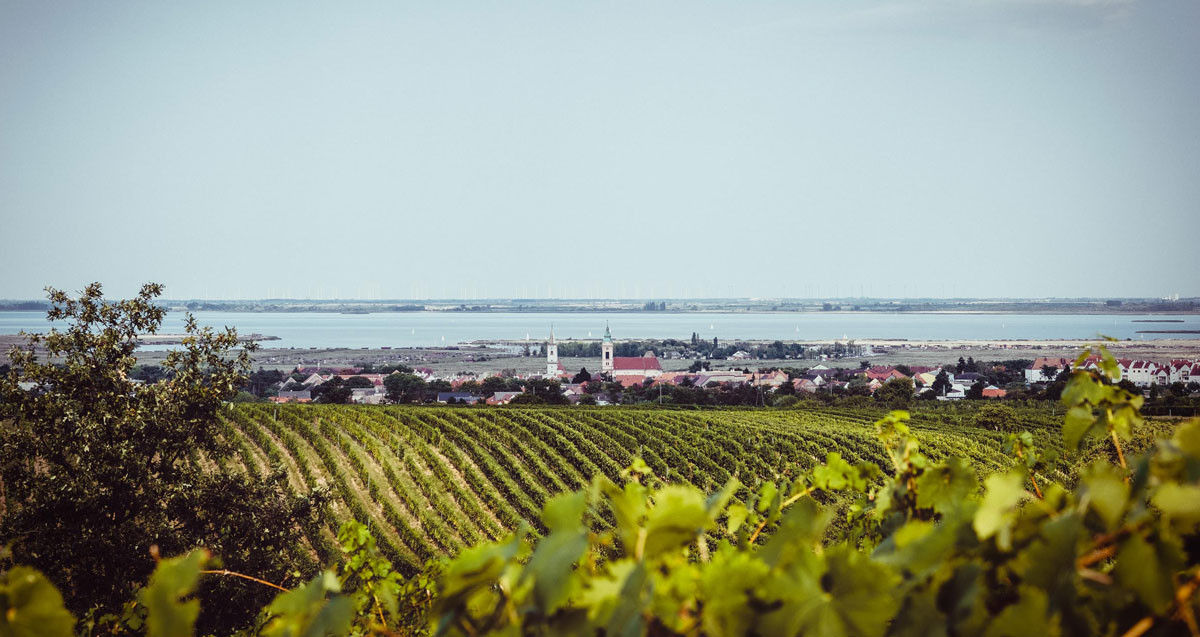 Even if this humurous saying is meanwhile a little worn - as soon as you cast a glimpse on the lake it becomes real again.

Europe's largest steppe lake which is entirely under nature protection stretches out over a length of 37 km. If you take a look from the northern shore southwards you will not be able to view the southern end of the lake due to the curvature of the earth. In addition to the open water surface of 360 km2 the lake region comprises a reed belt of the same area which serves as habitat for more than 200 bird species and a large number of sweet water fish.

The enormous water surface functions a climate regulator. While on shore the land cools down rather quickly in autumn, the water surface accumulates the warmth which is given off to the surrounding vineyards. Consequently also late-ripening varieties may easily reach praedikat
wine levels. It is exactly this exceptional interaction between the lake and Pannonian climate - namely hot summers, long mild autumns and cold winters - that allows for the production of Burgenland's world-class sweet wines.

The free town of Rust is the only lake community which owns its individual lake area. Warm and cold subterranean springs (a lake below the lake!) and saisonally varying rainfall with an average of 500 mm/year provide almost for the whole water supply.